Did You Know? The Street Car

Reprinted from the Merrimack Mill Village Newsletter – May/June, 2010
Did You Know? articles provided by Jim Marek. 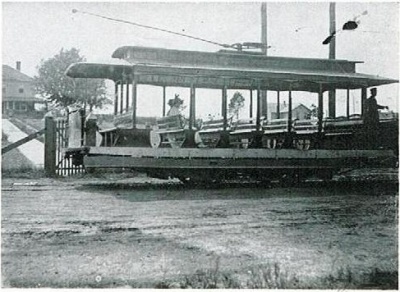 Old Summer Street Car
This type of car was used locally on the trolley lines duirng warm weather. It is shown here at the end of the line in Marrimack, where the motorman reversed the trolley and started back to town. Looking west from the south end of what is now North Broad Place, the old Bradley home can be seen in the background. This particular house burned about 1917 and was replaced with the present house.
(Photograph property of Mrs. Nettie Leach) 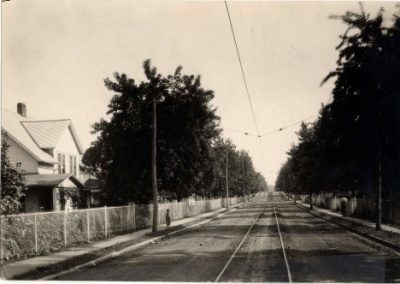 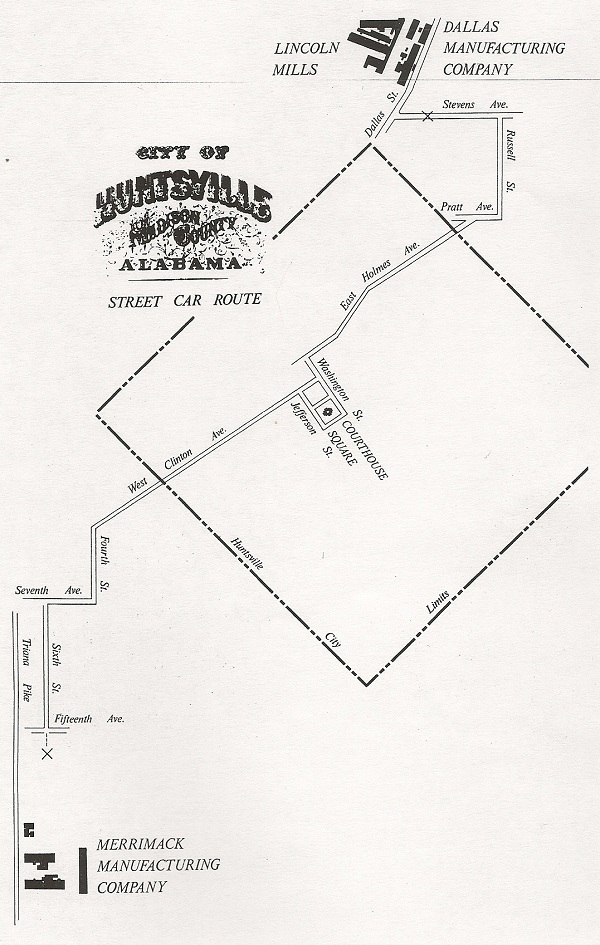 By connecting the Dallas and Merrimack villages with Huntsville proper, the streetcar, in essence, created the suburb.

Did you know that Merrimack Mill Village had a street car? It ran from downtown Huntsville to our Village and ended at the junction of South Broad Place and North Broad Place. Construction of the street car line began on the square in downtown Huntsville in July 1899 and was completed by March 1900. The line was intended to connect the City to the cotton mills on the “outskirts” of the City. This included Lowe Mill Village and Merrimack Mill Village to the West and Dallas Mill and Lincoln Mill to the North. The full route from Dallas Mill through downtown to Merrimack Mill was a distance of 5 miles. It is important to note that, at the time construction began on the street car line, the Merrimack Manufacturing Company was just beginning the construction of Merrimack’s #1 Mill and the Village houses so the building of the line by the City was a demonstration of faith that the new mill would bring new citizens and new economic prosperity to Huntsville. When fully operational, the line had 10 cars, five for summer use and five enclosed models for colder weather. Built by the St. Louis Car Co. at a cost of $1,200 each, a car’s seating capacity was 28 persons. According to the newspaper of the day, “The Republican”, the cars ran regularly every fifteen minutes with the first car leaving downtown at 6AM and the last leaving at midnight. The fare was five cents. For many of the early residents in our Village, this was the only form of transportation since they did not have a horse and buggy. It also provided a means for the “town folk” to ride out on a Sunday to Brahan Spring for a picnic. As one resident remembered, “We used to hook our sled to one of the cars and ride all over town”. The street car line ran until February 23, 1931 when it was replaced by buses. Unfortunately, no one thought of saving the streetcars for historical purposes – they were simply burned and sold for scrap metal.