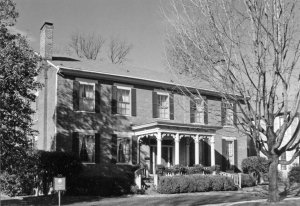 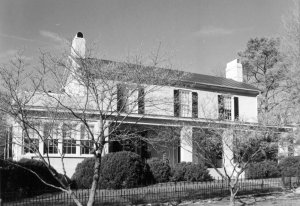 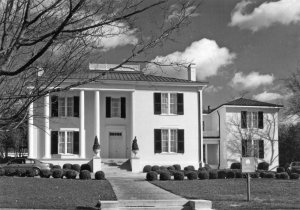 The 1861 Map of Huntsville shows twelve houses on the Adams Street portion that is now in the Twickenham Historic Preservation District. Ten of those survive in 1997. A 1972 house replaced an 1850's house just before the protection of the District was established. The other was lost apparently prior to the 1920's, judging by the bungalows now on that site. The two oldest houses, both of circa 1825, are the Cruse House at No. 600 and the Yeatman House at 528 (both have later additions and modifications).The newest house (1972) is at 608.

As is true of most historic streets, the majority of houses have additions and modifications of various periods. As a rough rule of thumb a house receives some significant change with each new generation, or about every twenty-five to thirty-five years. This time-period equates with style changes, since each generation wants something different from the previous generation in order to make their own mark on the world.

A sampling of styles to be viewed on Adams Street, in whole or more frequently in parts of houses, includes late Federal (c.l835 and later additions, 518), Italianate (Sparkman House at 619), Eastlake (701), Colonial Revival (604, actually a remodeled earlier house). Craftsman (501) and [1] (508). The Greek Revival style exists only in portions of houses (hidden southwest addition at No. 600) or in atypical and modified form (1848 McDowell House, 517).

Of the many transformations of Adams Street houses, one of the most interesting is that of the 1850's Watkins House at 603. A Civil War photograph shows it as a typical high-style Italianate cubic-form house with a hipped roof topped by a large and elaborate belvedere (a roof-top pavilion for viewing the countryside). In about 1918 the classical Corinthian-order portico was added, with paired Italianate brackets matching the I850's originals. In 1964 it was apparently felt that the house would look more "classical" without the visual competition between the portico and the belvedere and so the belvedere was removed. Thus an Italianate house evolved into a bracketed-cornice neo-classical house, something quite different from where it began in terms of style and character, simply by adding one element and removing another and without modifying the basic house.

The 1835 Wharton-Lane House at 511 acquired its wide bungalow-eaves and present front porch in the early twentieth century. The traces of the original small Federal Period portico and the small boxed cornices are present above the soffit of the later porch.

The C.1835 Clarke House at No. 518 achieved its present late-Federal appearance in the 1850's when it was greatly enlarged and modified. Its architectural effect is outstanding, though twenty years past the decline of the Federalstyle.

The C.1825 Malone House at 528 began as a simple, boxy 3-bay Federal-style house. Probably in the 1840's or 50's the architect-builder George Steele added the two north bays, doubling the size of the house. The vertical joint in the front brick wall is clearly visible, and Steele used much taller first-floor sashes than in the earlier house. The outstanding Italianate portico may have been added by Steele, since a portico of the same size shows on the 1861 map.

The 1858 Banister House at 702 Adams illustrates the influence of the Italianatestyle in breaking up the boxy forms of the previous Greek Revival and Federal] Periods. The Banister House has an irregular tee-plan, a large 3-sided bay window on the front, a larger bay-porch on the side and the paired windows characteristic of the Italianate style. The Banister House was the first significant restoration in the post-World War II era in this area, and was restored in 1968 from a ruinous condition, four years before the creation of the historic district. The cost was only as much as that of building a new modem house and was a favorable example for encouraging more restoration. Prior to this the common assumption was that to restore a house in such neglected condition would exceed the cost of a modem house. In fact the cost of restoration of deteriorated houses rarely exceeds two-thirds the cost of a modem house of the same size.

The present veranda on the Banister House is twice as wide as the original and appears to be late nineteenth century. 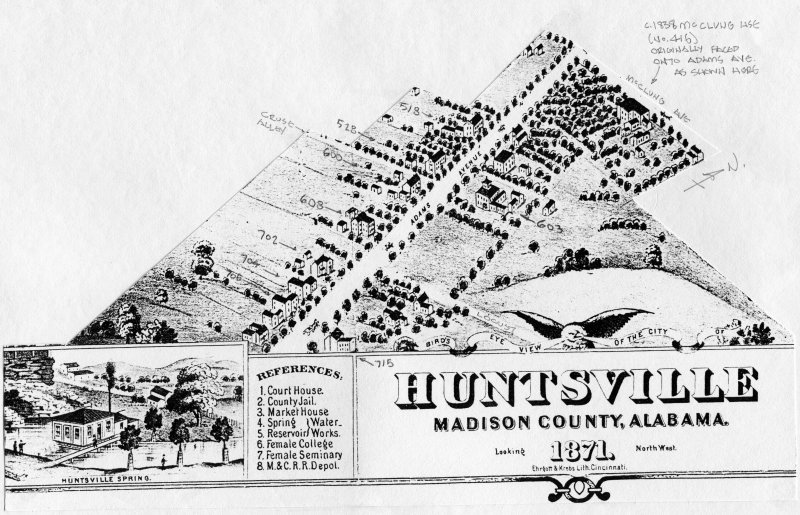