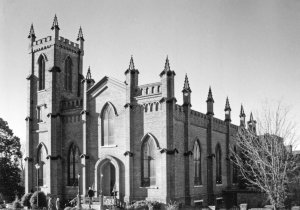 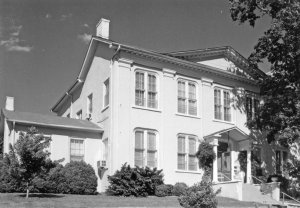 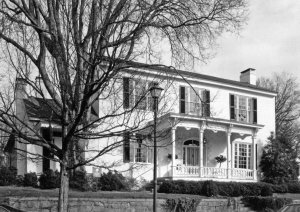 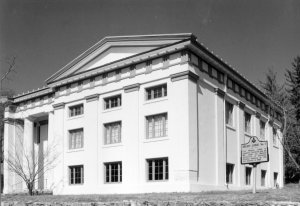 The three and one-half blocks of Lincoln Street that lie within the Twickenham District contain two Federal Period houses, a Greek Revival house (much modified) and the 1859 First Presbyterian Church, as well as later buildings of note such as the 1901 Romanesque Revival Central Presbyterian Church.

The northernmost building. No. 105, is a c. 1970 one-story modern design office with a heavy mansard roof and exposed ceiling joist-ends. The mansard roof is useful for hiding modem air-conditioning machinery.

A Federal/Victorian house at 203 was lost in c. 1982 before the Historic Commission had the authority to block such demolitions except on a temporary basis. On a happier note, the endangered 1907 Freeman house at 205 was restored in 1997 for use as a music education center by the Central Presbyterian Church.

The four 1920s bungalows at 206, 208, 210, 212 were built by the same developer, along with three similar buildings at 308, 310, 312 Randolph Avenue, around the comer. This is probably the largest contiguous development (7 buildings) in the District. While each building is of the same dark red-brown brick, each design is different, giving a variety-within-unity effect.

In the 1960s Urban Renewal program, all of Lincoln Street north of the First Presbyterian Church was zoned for offices, a designation that was removed through the efforts of the Huntsville Historical Preservation Commission and the City Planning Department in the mid-1970s. The area in 1997 contains only three offices.

No. 209 is a Greek Revival house disguised by a 1920s porch and sunroom flankers. The wide heart-pine floors and some trim remains in the original portion of the house.

No. 309 was built in the 1960s as a low, wide Ranch Style Ranch-Colonial house. Since in 1996 it was well under the 50 year age threshold for "contributing" structures for a historic district, its requested exterior remodeling was allowed by the Historic Commission. A steeper roof with dormers was added to gain space (the tiny lot allowed no horizontal expansion) and the lacework cast-iron columns were changed to boxed wood tapered Tuscan columns.

The official address of the 1859 First Presbyterian Church is 307 Gates Avenue, but since it fronts on Lincoln Street, it will be discussed here. The Gothic Revival church building was designed by the prominent Austrian-Nashville architect Adolphus Heiman, who has several similar 1840s-50s crenelated-tower spireless Gothic Revival churches extant in middle Tennessee. The Presbyterian Church originally had a spire, reportedly per the church records, not at the choice of the architect. In 1878 a storm took care of this situation and the destroyed spire was not rebuilt. Based on numerous examples, spires were not generally used on Gothic Revival church towers prior to the late 1850s, and perhaps the new 1859 spired Church of the Nativity on nearby Eustis Avenue triggered the urge in the Presbyterian Church to also adopt this new fashion. There apparently was some rivalry as to who had the tallest spire.

The interior of the Presbyterian Church is a box-like, flat-ceilinged, columnless room, that is, non-gothic except for the lancet windows. The Gothic style is used here for an offhand reference, which was not to interfere with the open, non-mysterious Protestant worship service. The original flat plaster ceiling was elaborately and boldly painted in huge "fool-the-eye" moulds and patterns in geometric and floral forms. The present 1960s coffered ceiling replaced a 1914 stamped-metal ceiling. The lancet-window stained glass dates from 1926.

The Federal Period c. 1826 Cox house at 311 Lincoln Street was built by the architect-builder George Steele, but it has been enlarged and changed. The present pairs of round-cornered large-pane Italianate-style windows are not of the Federal Period. The entry portico is of a type found on numerous early 20th century Colonial Revival houses and is derived fi-om 18th century Dutch houses in the Hudson River Valley. Two similar porticos, also early 20th century, are at the remodeled 1830s Purdom house at 409 Randolph Avenue and the 1910 YMCA on Greene Street. The 1871 View and brick evidence at the Purdom house clearly indicate an original wide shed-roofed verandah across the front of the house rather than the present small portico.

The front gable and pilasters of the 1826 Cox house were probably added when the three-bay Federal Period house was widened on the south side for five bays sometime before 1861 and, based on the Italianate-style elements, probably in the 1850s. The Cox house is another example of how houses evolve over a century's time.

The c. 1818 Perkins house at 401 Lincoln Street also began as a much smaller house. Site evidences show that it originally was a one-room over one-room house (the north rooms only) with a small ell-stair in the northwest comer of the present north rooms. The central entry hall and south rooms are later Federal Period additions. The attached one-story office on the north side of the house may be original, and shows on the 1861 map. Its Federal Period roof trim (chipped gable-eaves and small boxed cornices) indicate c. 1818-1835 construction. The little "Eastlake" influenced canopy over the office entry and the attractive Italianate front verandah are latter-19th century additions which add to the charm of the house.

No. 402 Lincoln Street is a good example of the melding of the Colonial Revival and Craftsman styles. It was apparently built in the 1910-29 period, and appears largely unaltered. Its basic boxy gable-roofed form, dormers, two-story portico and mildly "Chinese Chippendale" porch balustrade are "Colonial" elements. The use of inset panels of stucco and colored diamond-pattern ceramic tiles, wide eaves, and heavy brick piers are Craftsman elements. Some of its light fixtures are combination gas and electric types, common in the 1900-1915 period when electricity was an unreliable novelty. The fact that gas light is softer and more attractive than harsh electric light was another factor favoring the combination fixtures. The 1907 Freeman house at 205 Lincoln also has a combination-fuel fixture at its stair-newel, a very sculptural Art-Nouveau influenced design. 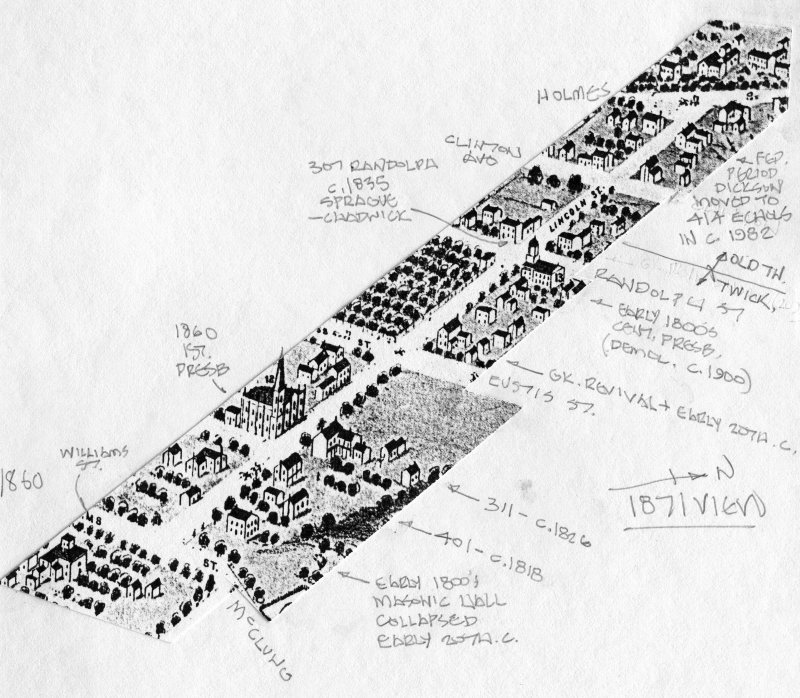