Did You Know? The Boy Scout Troop

Reprinted from the Merrimack Mill Village Newsletter – January/February, 2011
Did You Know? articles provided by Jim Marek. 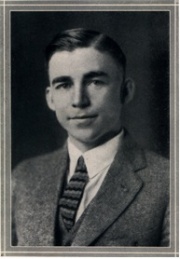 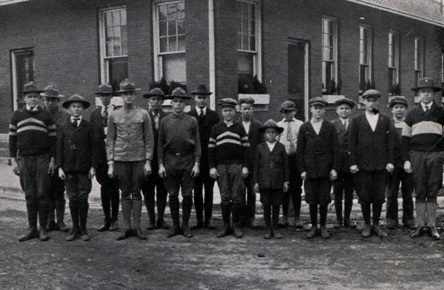 Did you know that Merrimack Mill Village has a Boy Scout Troop that dates back to the original troop started by the Merrimack Manufacturing Company in 1919? Cecil V. Fain, who later became the Principal of the Joe Bradley School from 1920 to 1922, organized Merrimack Troop No. 1 and was its original Scout Master. The Troop was formed just three years after the U.S. Congress had granted the National Boy Scout Charter and was the first troop to be organized in Madison County. In 1923, The Bradleyean reported that the Troop consisted of Mr. Fain as Scout Master, three assistant scout masters, a senior patrol leader, four patrol leaders, a scribe, five assistant patrol leaders, and over 30 scouts. Touted by the Bradleyean as “the liveliest organization in Merrimack”, the Troop and its leadership were repeatedly recognized for establishing a system for the physical development for the boys in the Village and credited with doing many good deeds in the Community. The program’s emphasis stressed the teaching of basic scouting skills and the development of leadership qualities. Today’s Troop carries on the same values and tradition.

Dean Heston joined the Troop in 1968 and became its Scout Master in 1983. Dean points out that the boys in the Troop plan and develop their own activities including 10 campouts per year. Parental participation is encouraged with the adults merely providing supervision and overall guidance. The Troop meets weekly in a single story metal building built in 1965 by the Mill at the end of Cottage Row at 3102 Linden Avenue. (Note: By 1965, M. Lowenstein & Company had purchased the Mill and had changed the name to the Huntsville Manufacturing Company.) The age range of the Troop is 11 to 17. Anyone in this age range can join Merrimack Troop No. 1. Membership is not limited to just the Merrimack Village. As Dean points out, with only five scouts enrolled at the present time, the opportunity exists to join a small, very effective scouting group.