Did You Know? E. F. Dubose: An Educator & Nurseryman

Reprinted from the Merrimack Mill Village Newsletter - June/July, 2011
Did You Know? articles provided by Jim Marek.

When it was decided to rename the streets in Merrimack Village from their A through G alphabet designations, it was obvious what to name “D” street - Dubose. 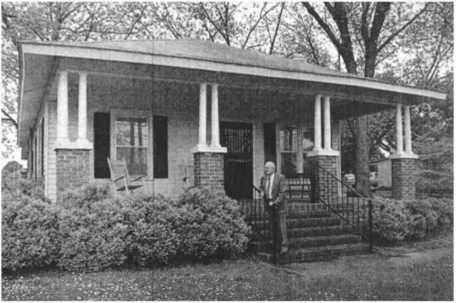 Edward Foyle Dubose, or E. F. Dubose or Mr. Dubose to his students, was born January 9, 1900 to William and Gertrude Dubose and raised on their 1,000 acre farm in Pike County Alabama. He attended college in Troy and the University of Alabama and spent a year and a half teaching at Etowah County High School. “I fought becoming a teacher, but I loved children,” he is quoted as having said. “In those days, it was a scandal how teachers had to pinch to get by, but we always had a good garden - we ate and got along.”

In the late spring of 1921, Joe Bradley Sr., agent of the Merrimack Manufacturing Company, while waiting for a train connection in Attala, walked past Etowah County High School and greatly admired its beautiful school garden. He was so impressed that he inquired who was responsible for the garden because he wanted that individual for his own mill village school which was under construction back in Huntsville. In September of that year he hired Mr. Dubose. When Mr. Dubose first came on the scene in Merrimack Village, he served on the faculty of the Joseph J. Bradley School as Manual Training and Agriculture teacher as well as assistant principal. He served in this capacity under the schools first principal, Cecil V. Fain, until 1922 when Mr. Fain resigned. Dubose was appointed to succeed him as principal in 1923. 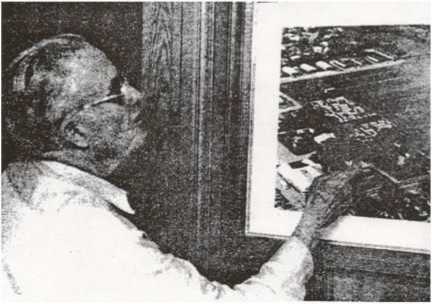 If you were a student at Joe Bradley School, you have a ‘Dubose’ story to tell. A disciplinarian who believed in “bottom spanking”, it is reported he could stand in front of the student assembly and get them to voluntary admit to their offenses by merely looking at them sternly and saying “I know what you did and who you are”. Also as the story goes, in an incident where bottom spanking was involved, a boy’s pants caught on fire when the spanking accidently ignited some matches in the lads back pocket.

When the Board of Education closed Joe Bradley School in 1962, Mr. Dubose was moved along with all of Joe Bradley’s elementary level students, faculty, and material to a newly constructed school -Ridgecrest. The high school level students had been moved earlier in 1951 from Joe Bradley to Butler High School (currently Stone Middle School) when the Mill gave the entire Joe Bradley School property and facilities to the Madison County School System. One of the most significant achievements of Mr. Dubose’s career took place at Ridgecrest with the establishment of the City’s first class for handicapped children. This work laid the foundation for Special Education in Huntsville and the State of Alabama. Dubose served as Ridgecrest’s principal until his retirement from education in June 1970. Years later an unsuccessful attempt was made to change the name of Ridgecrest Elementary School to E.F. Dubose Elementary School.

Early on in life, Dubose developed a love for horticulture and nature beginning on the Pike County farm where he would take cuttings from his mother’s rose bushes to grow plants and where he would go off to observe the wonders of nature in the nearby woods. He brought his knowledge of the outdoors to the classroom and sometimes directed his students to stand at the school windows to observe a phenomenon of nature. He is quoted as saying that plants and children have a lot in common — both requiring caring, nurturing, and counseling to grow properly.

E. F. Dubose met Lillys Rockett of Birmingham while teaching in Attala. She too was a teacher and they married in June 1923. They lived and raised two daughters, Christine and Anne, at 195 Pike Street which today is 3112 Triana Boulevard. After his retirement, he devoted most of his time to his nursery which was located on 10 acres just behind his home to the west. His knowledge of horticulture afforded him recognition as an expert with college professors and students frequently visiting his nursery to learn. His article “My Method of Propagating Ground Covers” was published in the Proceedings of the International Plant Propagator’s Society in 1980. Not only were his plants used to landscape the Mill and throughout the Village, he shipped to many areas of the U.S., Canada, and Mexico as well.

The question was raised and answered at his retirement reception, “Can you imagine how our lives may have turned out if there had been no E.F. Dubose? Along with our parents, he taught us right from wrong. He taught us ethics and morality. He taught us good manners and how to live with others.”